Hillary Clinton and Elizabeth Warren are indicative of a broken, corrupt political system 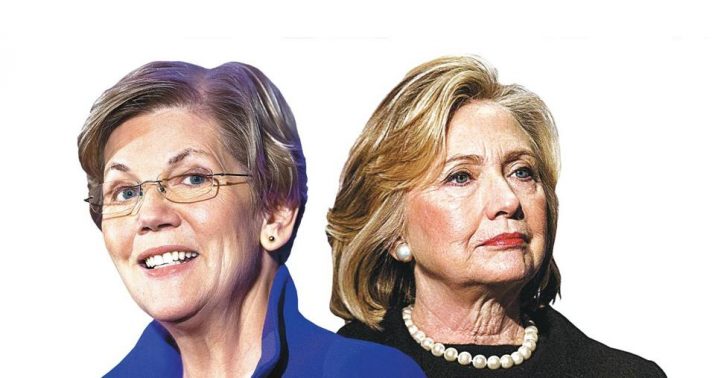 (Freedom.news) They are the latest pair of Democrats to claim they are prepared to save the country from the clutches of the opposition party. Really, though, they are merely the latest example of the rank political hypocrisy and dishonesty that has become a hallmark of American politics.

If you’ve been paying any attention at all to the presidential election you know that both Clinton, likely Democratic nominee for the White House, and Warren, the latter a U.S. senator from Massachusetts, have viciously attacked presumptive GOP presidential nominee Donald J. Trump for everything from his business bankruptcies to his “Make America Great Again” hat. Trump has defended himself well, which is no surprise, and that’s not what this column is about anyway.

Some of the most virulent attacks against Trump by these two charlatans have been directed against his wealth, his ties to business, his corporatist viewpoint and anything having to do with Wall Street. The point they’re trying to make, of course, is that they are aloof from all of that dirty money business, just like the ordinary Americans they’ll “fight for in Washington.”

Except that they’re not.

As reported by the Washington Free Beacon:

Sen. Elizabeth Warren (D., Mass.) has received hundreds of thousands of dollars in donations from the securities and investment sector.

Individuals working at law firms that represent major corporations and the Wall Street interests Warren condemns are also among her top financial backers.

Warren has long positioned herself as a blue-collar champion who takes on corporations and Wall Street interests, leading some to questionhow she can back Hillary Clinton. Clinton has collected $32 million from the securities and investment industry this election cycle, the most of any industry, on top of the $15 million the industry gave to her campaign for U.S. senator and the millions the Clintons have pocketed from their six-figure speeches to Wall Street.

Warren isn’t free from the industry either. Since she ran for Congress in 2011, she has collected more than $630,000 from individuals in the securities and investment industry, making it the sixth highest industry in political donations to her campaigns.

Warren also has received major backing from lawyers and law firms that represent Wall Street interests. $2.3 million in contributions have poured from the sector to her campaign’s coffers, the second most of any industry only behind those who are retired.

Individuals who work at law firms that are in her top 15 donors provide services to financial institutions and corporations that deal with bankruptcy, corporate restructuring, securities litigation, and white-collar crime.

Brown Rudnick LLP, an international law firm that focuses on high-stakes litigation with offices in New York, London, Boston, and Washington, D.C., has employees that have given nearly $70,000 to Warren’s campaigns, enough to put them in her top ten donors.

We already knew Clinton sold her soul to the very same monied interests she claims to be against – and, perhaps, foreign donors to the Clinton Foundation while serving as Obama’s secretary of state. But this donor information on Warren is going to be new to most people and that’s the problem.

Americans of any political stripe deserve honesty from those whom they elect to represent them. Clinton is just about the most corrupt candidate, of not the most corrupt, to ever run for the office of the presidency, save for Warren G. Harding – and her real positions on “big banks and Wall Street” (she isn’t going to do a thing to hurt them as president, by the way).

As for Warren, based on her past and recent public statements, Hillary Clinton ought to be the last candidate she would support. Warren has been a “champion of the little people,” as she has been repeatedly described, for her anti-bank, anti-Wall Street rhetoric. But now, after seeing that she, too, is on the hook to those very same industries in terms of campaign contributions, you can see why it is so easy for her to be a Hillary shill.

Many of her fans won’t care about this latest example of blatant two-faced hypocrisy and that’s a problem in and of itself. But this kind of double-dealing deception has to be exposed whenever possible, so that anyone who has yet to make their minds up about these two have a bigger base of knowledge upon which to judge them.

It isn’t as though the American people are naive enough to believe that most of our political leaders are beholden to constituents first and special interests second. We know better (which partly helps to explain the phenomenal rise of Trump this year). So it makes no sense for politicians like Clinton and Warren to lie about it. All that does is reinforce what we also know: That are indicative of a broken, corrupt political system and when pressed will do nothing to fix it because they’re too busy being a part of it.

Freedom.news is part of the USA Features Media network. Get caught up on ALL of the day’s most important news and information here. 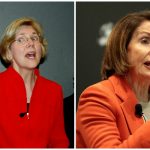 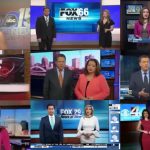 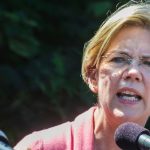 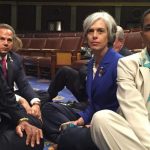